Van Cott Jewelers, in Vestal, New York, has a rich and exciting history that embodies not only the best of the jewelry business, but also as a celebration of the human spirit and the “can do” attitude that has helped make this country what it is. Although the business goes back to 1969, when it was founded by Herbert Levine, a second generation jewelry man. He was later joined by the third generation when his son entered the family business ten years later. He purchased an existing business that had been created and run by Kenneth Van Cott, one of the earliest Gemologists in the United States and a jeweler of national prominence.

Herbert Levine had gotten his start in the business by working for his father Rubine, who immigrated to the United States from Italy in 1905. Both before and after World War 1, Ruby, as he was known, worked wherever he could in the jewelry business, including door-to-door sales and inside a jewelry factory before opening his own store. Herbert came to the family business in 1953 after his own stint fighting in the war. The family store, known as The Ruby Jewelry Company, was based in Binghamton, a city that was one of the fastest growing in the country thanks to IBM being nearby. Specializing in wedding bands and bridal jewelry, as well as the most fashionable diamond earrings and diamond necklaces, they grew right along with the city until 1969, when there were only two jewelry stores of consequence that mattered.

Today the Levine family continues to honor both the memory of their patriarch and the vision of Kenneth Van Cott by remaining focused on offering the finest products and superior customer service. William Levine, third generation of the family, has been joined by Birdie Rosen, a graduate of the Gemological Institute of America, and together Van Cott Jewelers is the destination of choice for loose diamonds and fine jewelry in the southern tier of upstate New York. The perfect blend of historical reverence and the latest styles makes their store worth the trip. 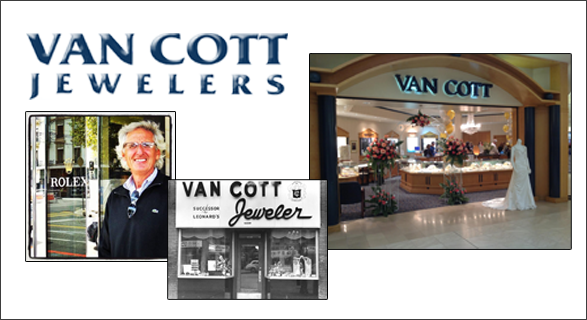 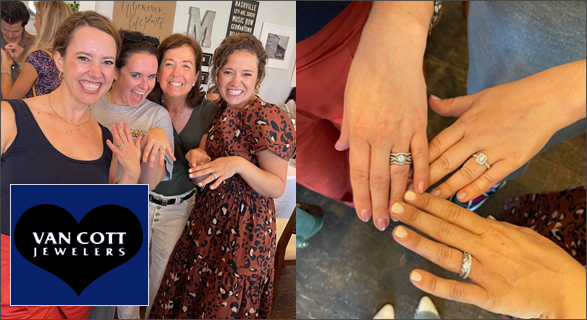