Spicer Greene Jewelers originated in 1926 as Wick & Greene. E.O. Wick had a desire to escape the hectic New York lifestyle where he worked with Tiffany & Co. and moved to Asheville and opened a small jewelry repair shop on Wall Street. His skills as an expert enamellist, hand engraver, and jeweler served him so well, he was able to take on an apprentice, Paul Greene, in 1942. Paul eagerly worked alongside Mr. Wick, learning the business and the art of creating one-of- a-kind custom jewelry. In 1948 Paul married Lucia Brown and she joined the business as well. In 1953, Paul became a full partner in the jewelry store and Wick and Greene was born.

In 1975, Paul’s son, Michael Greene joined the family business. Michael learned as an apprentice, much as his father learned. He also furthered his education in the world of jewelry and has earned many prestigious designations. In 1981, Michael and Eva Buckner were married and she joined the family business and later welcomed their daughter, Eva-Michelle into their family. During the same time, Wick and Greene moved locations from the small shop on Wall Street into a beautiful 1920s Art Deco building on Patton Avenue. The location was a gasoline station that Paul, Lucia, and Michael personally renovated to create the perfect setting for the fine jewelry store that was Wick and Greene. Always with a flair for the fantastic, they restored a 1920s Seth Thomas Street Clock and placed it in front of the store. The clock is one of Asheville’s most recognizable landmarks.

In 2012, Eva-Michelle Greene studied at the Gemological Institute of America where she met Elliott Spicer. Elliott has a background as deeply rooted in jewelry as Eva-Michelle’s – he grew up in his family’s jewelry stores, Spicer Jewellery, in Atlantic Canada. Elliott and Eva-Michelle both earned their Graduate Gemologist Diplomas from GIA and were married in 2013.

Just 2 years ago Elliott and Eva-Michelle Spicer became partners in the business and began the journey to become Spicer Greene Jewelers. The couple’s vision included a complete restoration of the historic landmark as well as an experience tailored to the 21 st century shopper. Their enthusiasm for jewelry and for the business is contagious. In 2016, their vision of Spicer Greene Jewelers has become a reality.

When you see the vast collection of jewelry at Spicer Greene Jewelers, you’ll realize why they have been consistently designated as “Best Jeweler in Western North Carolina” by the Mountain Express. 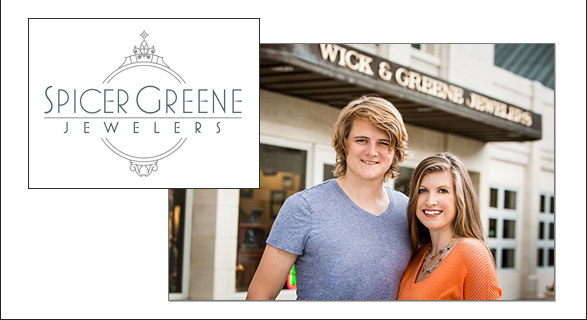 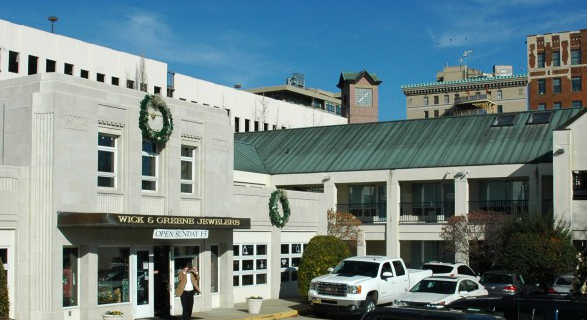